Pete the Cat is back!!!  In this creative and colorful story, Pete loses his groovy buttons off his favorite shirt one by one.  But, it's all good for Pete.  He knows that we don't need to cry, he knows that things come and things go, and he just keeps singing his song!  In the true Litwin and Dean spirit, we have another guitar-strumming, sing-along book that is repetitive, catchy, and teaches a little lesson too!

Here is the book trailer created by HarperCollins Children's Books.

All these books have great book trailers and catchy tunes!   There is even a stuffed Pete the Cat available at Amazon.com.

There is downloadable music available at HarperCollins for all these books.  On this website, there is more information about the author and illustrator, plus activity guides for each book.
Posted by Tracy J Hora No comments:

Zero was not just any number...he was nothing, nada, zip, ziltch!  Whether he was added or subtracted, he didn't mean diddly-squat.  Once he finds out the power of the zero rule in multiplication, he was excited, but the others ran for lives fearing extinction.  That is when zero decided to disappear.  He was greatly missed while he was away, no rounding to the tens or hundreds, a missing even number, etc.  Meanwhile the Romans invaded (Roman numerals) and it took ZERO THE HERO to save the day.

Such a cute story with plays on words throughout!  Here is a book trailer made by Macmillan retrieved from http://us.macmillan.com/zerothehero/JoanHolub on May 11, 2012.

If you enjoyed this book, you might also enjoy E-mergency written and illustrated by the illustrator of Zero the Hero, Tom Lichtenheld.


For some math activities, check out these math games.  You will find activities about math that were mentioned in the book; such as Roman Numerals, Rounding, and other math operations.

Here is a really fun activity from Scholastic.  It is an article talking about having a Zero Hero coming to visit your school on the 50th and 100th day of school.  However, he is a mystery, and no one has ever seen him.  He leaves footprints in the classroom and clues, etc.  It seems really fun!!

This is a very cool book about a boy named Elliot who goes to visit an aquarium with his father.  While he is there, he asks for a penguin.  His father, who thinks Elliot wants a stuffed animal penguin, agrees.  This is when the fun starts.  I will tell you only that Elliot does not mean a stuffed animal, and Elliot does bring home his penguin.  That is all I will say...except that after you read the book once, you will open it right back up to the beginning and read it again!  It is a New York Times Best Seller and teachers can download a curriculum guide and a reader's theater script here. 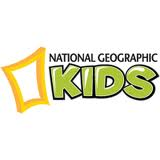 Click on the link above to go to the National Geographic kids web page on Emperor Penguins.

Toni Buzzeo, the author, has a pretty nice website.  She is the author of the Mrs. Skorupski books.  You may have heard of Our Librarian won't Tell Us Anything.

This is a collection of Jack Prelutsky's poems - 100 more poems, to be exact!  Some are about real animals and some are totally pretend animals...some even put two animals together.  Some poems are looong, and some are short and sweet.  Think about the title, which is a poem in the book, how do you lose a gigantic hippopotamus?!?!

Make sure to visit Scholastic's Poetry Idea Engine!!
It has Haiku, Limerick, Cinquain, and Free Verse.
It is loads of fun!

Other poetry books by Jack Prelutsky:
It's Raining Pigs and Noodles
Pizza, Pigs, and Poetry: How to Write a Poem
The New Kid on the Block
Be Glad Your Nose is on Your Face:  and other Poems


This is the sweetest book about two best friends - chopsticks.  They are always together...inseparable!  Until one day, one of them broke at the tip, kind of like a broken ankle.  Now, they have to learn to be apart.  The story is very witty.  When the break occurred, the chopstick was "whisked" away...by a whisk, of course (p. 11).  I literally giggled my way through this book.  I will definitely have to search out Spoon, the companion book.

The author, Amy Krouse Rosenthal, has a website which includes activities to use with this book.