This is the story of a boy named Wallace Wallace, who is a football star but clashes with his eighth grade English teacher.  Mr. Fogelman wants him to write a review of a classic novel, Old Shep, My Pal.  Mr. Fogelman loves the book and has written a play for the drama club to perform based on the book about a dog that dies.  After Wallace starts to serve detention everyday at the drama rehearsals until his book review is written properly, he begins to help them make changes to the play, making it a modern version of the play.  This unexpectedly adds an excitement in the students that wasn't present before.  Meanwhile, someone is sabotaging the set and rehearsals.  Is it Wallace?  The football team is mad that Wallace doesn't just write the review and get back to playing football to help them win.  Is it a teammate who is doing all the sabotaging?  It is the night of the big play...will it be sabotaged too?

This was an enjoyable book to read.  It has humor - for one, why do we keep having our students read books with dead dogs?  (Old Yeller and Where the Red Fern Grows to name a couple.)  That is the premise of Wallace not wanting to write his report.  The different "groups" of kids and how they interact, or don't, is also sometimes humorous.  This is a light-hearted book with a good lesson hidden within.
Posted by Tracy J Hora No comments:

Inexcusable is right!  Keir is a senior who lives with his dad, who he calls Ray, in what we find out to be a dysfunctional family.  Keir is an entitled jock who makes excuses for everything he does wrong.  He accidentally cripples another team's football player and gains the nickname, Killer Keir.  This bad-boy mentality seems to become a part of him.  He is drinking, which his father condones, and popping pills.  He finds himself getting into more trouble, like the bashing of the town statue, and then talking himself into the fact that he's a good guy...he and his friends were just telling the town good-bye...someone else must have come along after them and made this huge mess...they didn't do this much damage.  Then he finds himself with Gigi Boudakian for Prom and their graduation night.  He is infatuated with her beauty.  She is heartbroken because her boyfriend didn't come back home for her graduation.  Keir is heartbroken because his two sisters didn't come home for his.  They wind up in a limo going to the college town which is, 3 hours and 1 state line away, to see his sisters.  Things happen from there and Gigi is accusing Keir of rape.  He doesn't understand why.  He tries, once again, to justify it all and tries to talk her into all the excuses that he can come up with.  She won't hear it!  She is devastated.  She is destroyed.  He just might be too!
Posted by Tracy J Hora No comments:

This is an historical fiction book about Chilean Nobel Prize winning poet Pablo Neruda (his pen name) and his childhood as Neftali.  Pam Munoz Ryan's story is inspired by Neruda's work.  Neftali was certainly a dreamer and saw the wonders of the world with different eyes than most.  Everyday things intrigued him and his imagination worked overtime.  His father was overbearing to the point of being cruel.   He wanted Neftali to "Stop that incessant daydreaming!" and said things like "Do you want to be a skinny weakling forever and amount to nothing?" (p. 10)   He wanted Neftali to study hard to become a doctor or a dentist.  Neftali is interested in words.  He adds them to his vast collection of trinkets. Neftali grows into his own and becomes a writer even when his beliefs differ from that of the government which infuriates his father.  After reading this book, a good conversation could be had about the freedom of speech and allowing writer's to write with differing views and opinions. 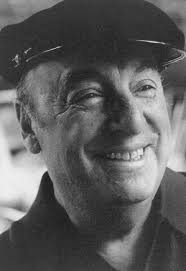 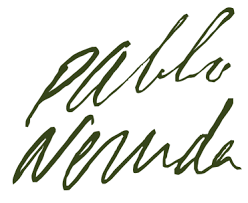 I finally found some time to finish up the series.  I basically took the day to read, read, read.  I couldn't put the book down.  By bedtime, I couldn't hold my eyes open for another minute, so I had to read the last 30 pages the next morning.  I thoroughly enjoyed this book.  I liked Hunger Games and Mocking Jay the best of the three.

Basically, this book is another Hunger Games without it technically being another Game.  It is a fight for freedom from the Capitol.  This uprising of the revolution becomes the Game.  Katniss, as the Mocking Jay, is the face of the revolution and must decide whether to play the part or not.  She must decide who she can trust.  This book is full of secrets and does finally answer all the questions we have about Katniss, Peeta, and Gail.
Posted by Tracy J Hora No comments:

The second book in the Hunger Games trilogy was a bit different than the first.  The first book focused on the Games, while the second has a lot to do with the decisions Katniss faces after winning the Games.  Will she ever get to lead a normal life again?  Will she ever marry?  Will she ever want to have kids after seeing how the Games changes your life, even if you do survive?  As she begins her mid-year tour, she starts to realize there are "things" going on in the districts.  (I don't want to give anything away.)  What is her role?  And then, it is time for the next Games, the Quarter Quell, Katniss and Peeta's first games as victors.  Every 25 years there is a special Games with a twist.  What is the twist this year?  I had a harder time getting into this book, but ended up enjoying it nevertheless.  In this book we see how Katniss, Peeta and Gale's lives were forever changed by the Games.  This one has many surprises...read on to find out!
Posted by Tracy J Hora No comments:

Louisa: The Life of Louisa May Alcott

This is a biography of Louisa May Alcott's rags to riches life.  She is best known as the writer of Little Women, published in 1868, but was also an active abolitionist during The Civil War.  This book takes us through the hardships of her life; the many moves, and the many adjustments her family had to make along the way.  We can see how Louisa May Alcott became such a strong person who was always looking for ways to help her family.  I believe this is one of the best biography picture books I have read.  As a reader of Little Women as a child, I really enjoyed learning about Louisa May Alcott and her journey of life.
Posted by Tracy J Hora No comments:

This is the story of a group of boys living in a South African township playing soccer...with a brand new, federation-size soccer ball that Ajani earned.  But, it is not always safe to play.  They must keep a lookout for the bullies who will steal their ball.
Posted by Tracy J Hora No comments:

The Extraordinary Mark Twain (According to Susy)

This biography of Mark Twain is based on a biography that his 13 year old daughter started writing about her Papa.  She didn't like that everyone thought they knew her Papa, when they didn't know the real Mark Twain.  Susy's biography includes both his good days and rough days as a writer, a father, a husband and a man.  After her Papa learned about her biography, he started making big, bold statements for her to add.  Mark Twain regarded Susy's biography as the biggest compliment he ever received.

The form of this picture book is wonderful.  The illustrations are full page, full color and include lots of squiggles which add motion.  It also includes many small journal inserts for the reader to open and read Susy's words directly.  It helps the reader see what Susy wrote and what the author wrote.  I think this is an ingenious book!
Posted by Tracy J Hora No comments:

In 1932, James Banning was the 1st African American to complete a transcontinental flight.  The Flying Hobos flew regardless of their lack of supplies, mechanical trouble, mocking mechanics, prejudice, or even a fierce storm.  Nothing stopped "The Hallelujah Flight" from getting all the signatures (written on the wings) of their supporters to New York.

This is a great historical fiction picture book.  According to Bildner, there has not been very much written about this flight, never mind such a wonderful picture book for elementary students.
Posted by Tracy J Hora No comments: